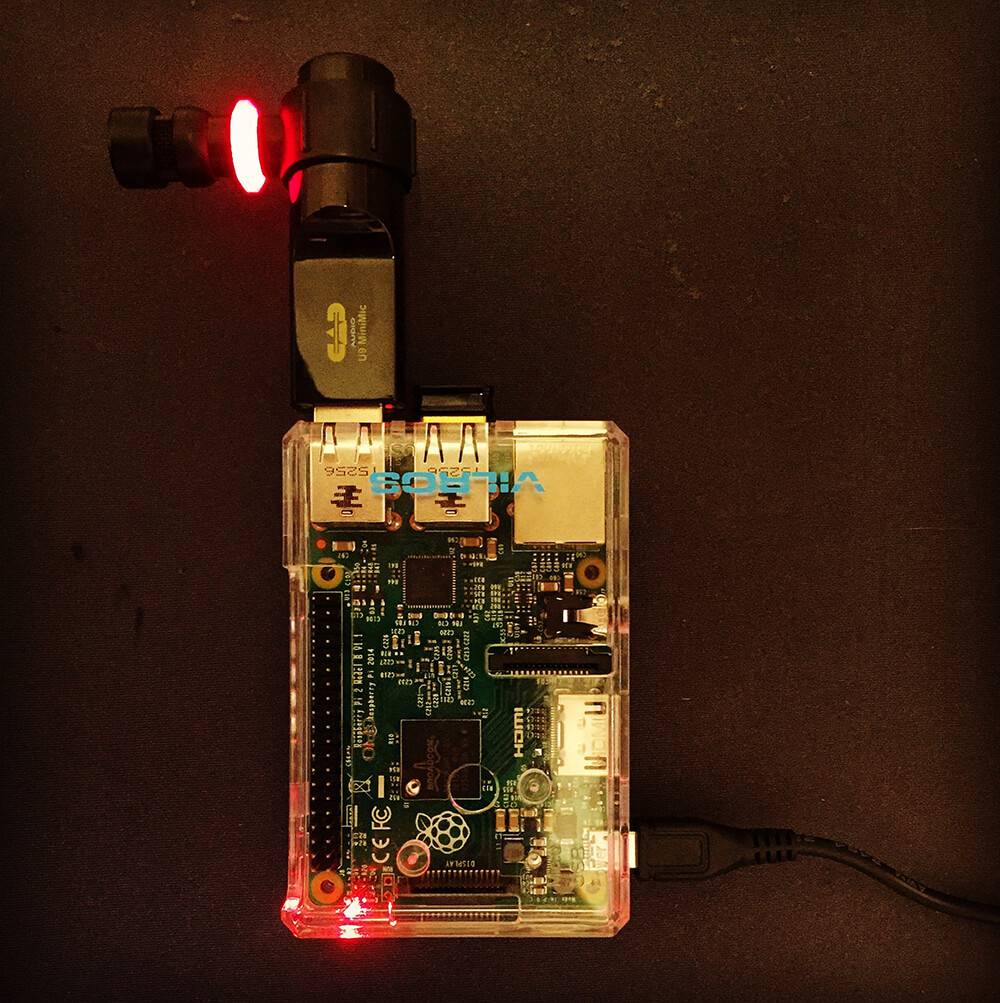 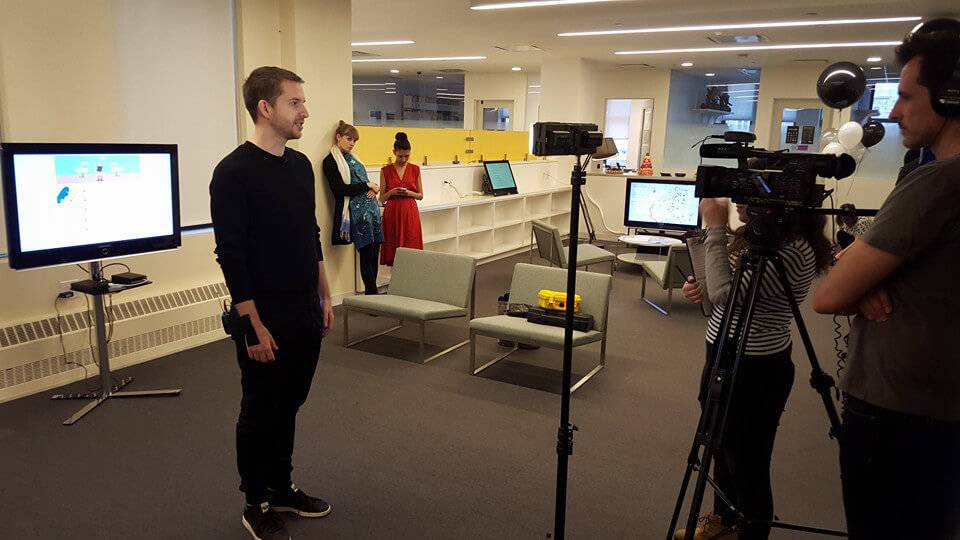 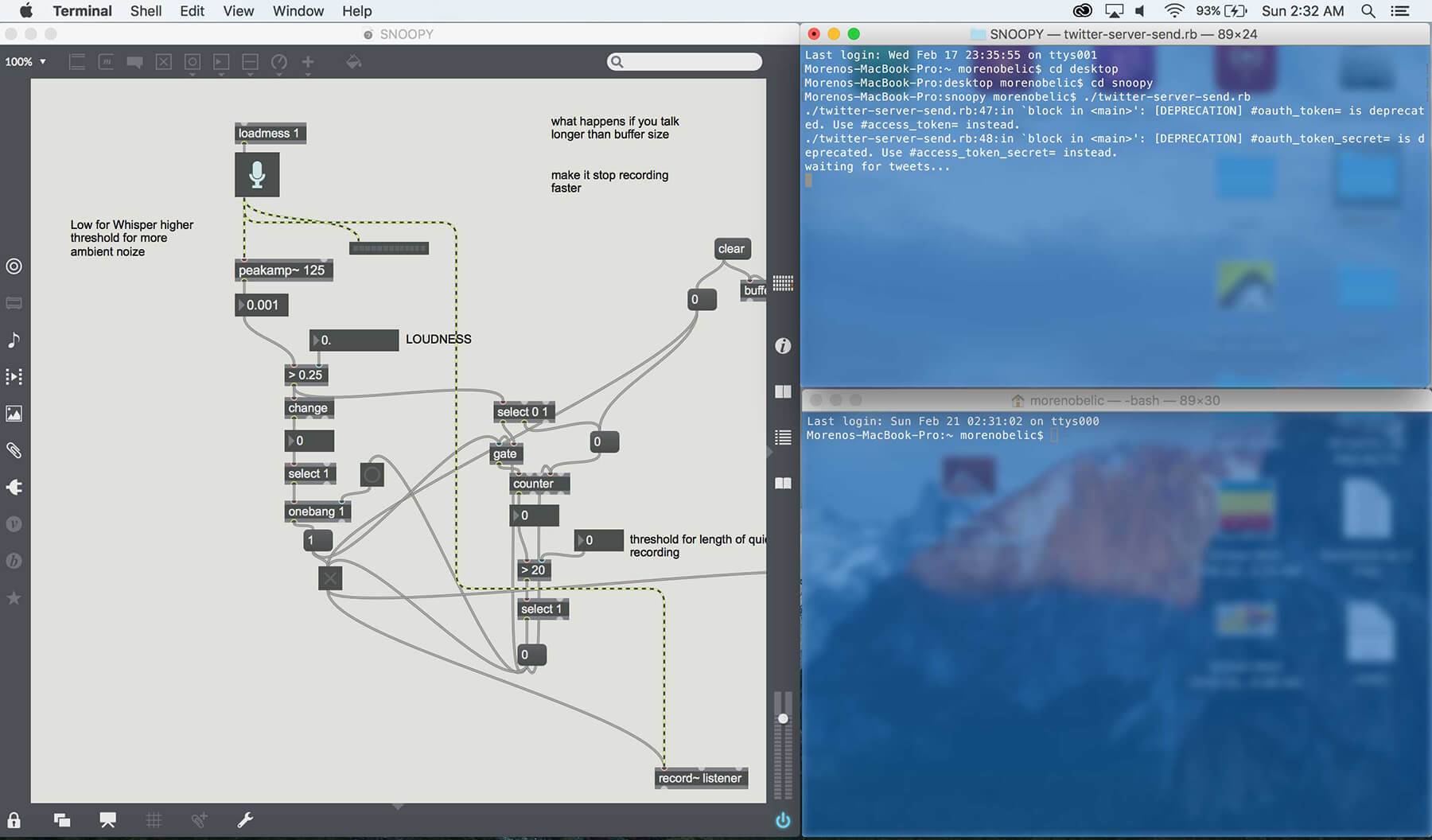 QUESTION: What if we could tap into public conversations in the same way corporations and the government tap into our data?

SOLUTION: A creative technology project that explores the boundaries between private and public space. Snoopy is a wiretapping device that tweets what people are saying in its vicinity. Built out of a Raspberry Pi 3 and a USB microphone, the device records conversations in public spaces, sends them to a MAX/MSP patch, converts them to text using Google’s Speech To Text API and then automatically tweets them in real time without any human interference.

This project has received an award at the Mixed Messages exhibit at The New School (April, 2016) for which it was selected by a panel of judges consisting out of Zach Kaplan (Director of Rhizome), Kelani Nichole (Director of Transfer Gallery) and Peter Russo (Director of Triple Canopy).

The project was also accepted and demoed at the Internet of Things Media Mash Event, organized by NYC Media Lab in June, 2016.